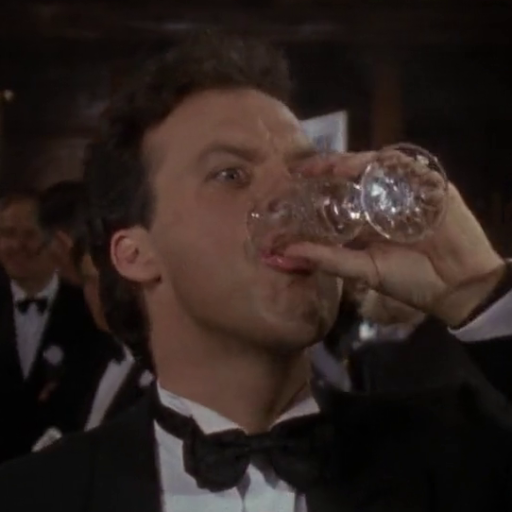 @LordSithPodcast @avaleste Quite possibly, it could have been leaned into a lot more for sure. I love TROS, it's emotional, it's fun, it's epic. But it does feel like they shit the bed with it and tried to please too many people, and thus not a lot of risks were taken that could've energised it further.

@LordSithPodcast @avaleste You'd think wanting a consistent vision and theme flowing through the trilogy wouldn't be too much to ask but here we are Haha.

My #RazorwireReviewsFilmAwards 2019 video is about go live! I wanted it to be a brisk 15-20 minute video, so of course it ended up being an hour long.... https://t.co/zCCEqEsve9

@OJQueen @turksespinnekop Nah you're good, the SE of EMPIRE is really good. And yes, those. I have older, scratchier versions that still look incredible because they're scanned from original film print sources. They've apparently polished them up to 4K standards now, it's nuts.

Blows my mind how mad people got over such a throwaway moment https://t.co/NPuMPCWz0l

I don't know every line of dialogue to ANY film (even though I once tricked my dad into thinking I knew EMPIRE STRIKES BACK by heart) and don't trust anyone who literally claims as such. A LOT of a film sure, but the entire script? Ehhhh https://t.co/TKWWg7gfp3

@Neil_Druckmann As much as I'm sat here on my week off booked for the game's release, I would literally be happy to wait until 2025. I have full faith and want you guys to have all the time to perfect the game :)

@aTouchOfFilm 2017, actually. It didn't get a wide release over here outside of festivals until 2019 though.

@Cm42TV Definitely used this in a 2005 backyard MV

Tip of the hat to John Boyega's comedic timing #17 - the "trying to act casual" resting his arm on the destroyed shuttle window is brilliant.

It feels like Rian's SW trilogy is dead in the water now, though he's in the best possible position for it... but maybe, as much as I want it, that's a good thing for now. The world is his oyster at the minute and I love the idea of him expanding his cinematic palette. https://t.co/jvZeTj5nyD

BEST SUPPORTING ACTOR. The contenders are:

BEST DOCUMENTARY. Full disclosure, these are the five ONLY docs I saw in 2019... but they're all great! The contenders are:

This is the roughest landing I've ever seen holy fucking shit... not for the weak at heart.. https://t.co/wwS53crC1V