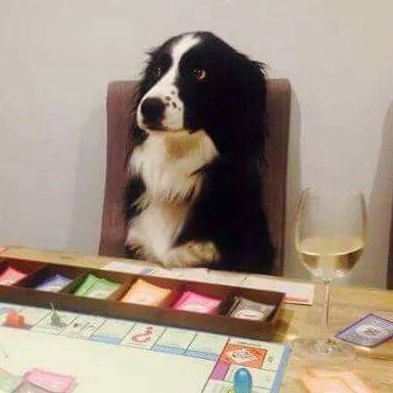 @JohnGraySnarks
🇬🇧🏴󠁧󠁢󠁥󠁮󠁧󠁿🇺🇸 Pro Brexit. Pro Trump. Populist. I reply far, far more often than I Tweet. The link down there is to my politics blog 👇👇👇

@fishingforleave @WhittlestoneRob Free, for the first time since Heath, to make our own laws, the EU are about to discover exactly what 'leverage' means. Heh.

@JackPosobiec No other way to describe this? I can think of one: A campaign ad for Trump 2020. It's like these creeps think the only way we'd find out about this is by tuning in to CNN. Uh-uh. We see you, Don. We see you.

@Destiny3650 It's a joy to watch, isn't it? What weirds me out a little, though, is how Dems (even with the compliant media on their side) thought they could impeach Trump for investigating Biden without a light being shone on what Biden is accused of doing.

@DamonLinker Weird, isn't it? Like a prosecutor walking into court and saying to the jury, 'I haven't got enough here to make my case, so can you guys do a bit more investigating for me?'

@StevieBrexit @MailOnline Surely this can't be true? Why, we've spent the past three years listening to the Stunnings and the Braves tell us that, without the EU, we'd be lost. Turns out, yanking the world's 5th largest economy out of the Brussels Monster's maw hurts it more than it hurts us. Who knew? https://t.co/eiZx9Wu1UY

@dcexaminer @SenatorBraun @RepAdamSchiff Maybe, while in the process of formulating his elaborate, lawyerly schemes, Schiff should've paused to consider the following words of wisdom: Everyone has a plan until they get punched in the face. https://t.co/8Hzv28g9jq

@LisaMei62 What's the betting that tractor production is also at record highs? 🤦‍♂️🤦‍♂️🤦‍♂️

@MZHemingway Ummm ... Never? He is, after all, a Democrat. To MSM, that means he gets a lifetime pass on being Stunning and Brave. As for the rest of us, his hours' long whining proves only one thing: There is, indeed, something worse than Harry and Meghan 24/7.

@nedryun Sickening to listen to, isn't it? We had the same over here with Brexit -- All the pompous huffing and puffing about patriotism, and history, and 'our grandchildren'. Ugh. It all amounts to them wanting to look noble while overturning the democratic mandate of voters.