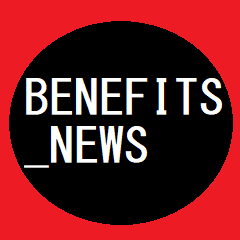 @BENEFITS_NEWS
'Austerity' Has Hit The Vulnerable The Hardest. We Rant At Gov. Because We See What Harm Their Policies Are Causing - Reality! We See Corbyn As Compassionate!

@gildy61 @WayneLightfoot And we presume they didn't follow you home and peer through the curtains to see you needed to rest after... sigh..

@chocolatewig @thetalentguru @matthaig1 Don't! What's a LITTLE inflammatory fluid among friends LOL and sod anyone else!

@susieshoes Don't give them ideas, they could be friends with Gov. LOL - crikey hope not... then again, do them good to read about themselves when they think nobody looking. Not that we're presuming we know what some answers might be.

New Chancellor set to crack down on £340m loopholes in insurance tax https://t.co/kvGSVQ5HE3

They know we are talking to them on here, for starters - yet can't be bothered answering.

You are worth more than giving in to Tories' bad ideology... https://t.co/GLKWKR1PSV

@chocolatewig DON'T!! Tories are NOT worth it!

Seriously, have a conversation with someone you know or @samaritans TEL 116 123 (free)

If our 18K + followers asked two or three people each, we would go over target.

Why wouldn't you want to see this delivered, by The Mirror, to Boris Johnson / Number 10 ?

Where are the millions who will be affected?

RT @JonathanPieNews: Off to the Chiropractor (who made my back make noises I didn’t know existed) and look who has the next door office.
I…

RT @JonathanPieNews: AUSTRALIA: the front line of climate change...if you believe in that sort
of nonsense.
https://t.co/Ivc9C34Bzn

We still need to get to minimum 100,000 and feel YOU, yes YOU could actually help this happen, much faster.

Not sure if you've spotted our desperate plea yet?

If a thousand+ people asked 30 each to sign PLEASE?

@JPAlbuquerque6 @stowlabour @stellacreasy We know it is hard... DON'T though do anything so drastic because of rotten Tory policies.

Just do the first thing - Monday morning - speak to DWP and tell them how this is affecting you and as say - question the legitimacy ask if they will cancel it on the grounds mentioned.

@Justanotherlur5 He might be the sort that can miraculously rip one up and bang his own out... but as recession has been looming for some time and Javid backtracked on a few things - he would have to not look stupid or reckless - in at deep end.

@gildy61 Tories aren't helping vulnerable. Tories caused the harm, still causing and it is unforgivable just how many lives have been lost because of Tory ideology and bad policies, deliberately bad at that.
They infuriate, as they have been called up to stop from all angles and haven't.

Tory MP hits out at 'woke' society for not helping 'white lads' https://t.co/20hiT1niXX via @yahooNewsUK

RT @LordsEconCom: The Committee's Chairman, Lord Forsyth, has said: "Our Committee will consider if the original objectives of Universal Cr…

RT @NAOorguk: Local authorities can purchase commercial property for a range of reasons, but a key motive for some has been generating rent…

RT @NAOorguk: Our new report on tax expenditures has found they are forecast to cost £155 billion a year for 2018-19 – but few are evaluate…

Or just a magic wand?

You only have to go to Downing Street... the aliens are in number 10... https://t.co/CFpRZbVLYr

@debbie_hollyoak They really don't want to budge on it - we're trying to force them, but they keep shutting us down, LOL - they are that chicken, Tory MPs have to block us LOL.

RT @BENEFITS_NEWS: Quite a few of you are finding this a stumbling block -it really is not.

If you think Universal Credit is NOT fit for p…

Tears For Fears In Concert BBC Four...
"Every Tory Wants To Rule The World"